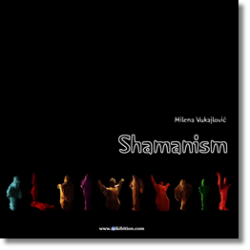 Shaman are spiritual beings with the ability to heal, work with energies and 'see' visions. The essential characteristics of shaman are mastery of energy and fire as a medium of transformation.
Shamanism is a range of traditional beliefs and practices that involve the ability to diagnose, cure, and sometimes cause human suffering by traversing the axis mundi and forming a special relationship with, or gaining control over, spirits. Shamans have been credited with the ability to control the weather, divination, the interpretation of dreams, astral projection, and traveling to upper and lower worlds. Shamanistic traditions have existed throughout the world since prehistoric times.
Shamanism is based on the premise that the visible world is pervaded by invisible forces or spirits that affect the lives of the living. In contrast to animism and animatism, which any and usually all members of a society practice, shamanism requires specialized knowledge or abilities. Shamans are not, however, organized into full-time ritual or spiritual associations, as are priests.
The word shaman originated among the Siberian Tungus (Evenks) and literally means he (or she) who knows; the belief that the word may be derived from Sanskrit is perhaps due to a confusion of the words 'shamanism' and 'shramanism', from the sanskrit shramana, Pali and Prakrit samana; but the samanas were ascetics, not shamans.
It has replaced the older English language term witch doctor, a term which unites the two stereotypical functions of the shaman: knowledge of magical and other lore, and the ability to cure a person and mend a situation. However, at the present time this term is generally considered to be pejorative and anthropologically inaccurate. Medicine man is preferred, especially as not all traditional peoples approve of the use of shaman as a generic term, given that the word comes from a specific place and people.
HOME | ABOUT | GALLERY | POSTEXHIBITION | AUTHORS | CONTACT | General Site Map
Back to content | Back to main menu